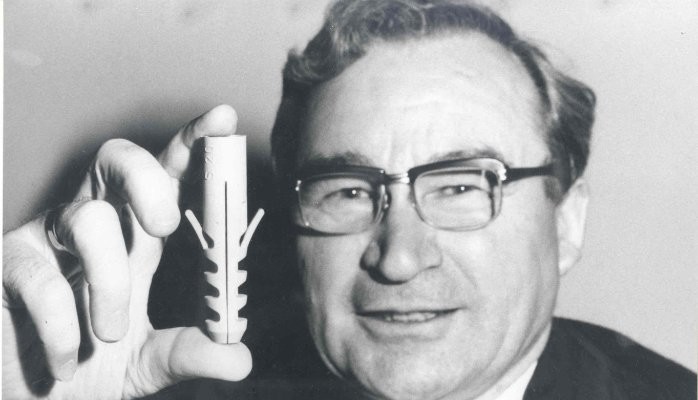 01 Sep I know how NOT to solve the problem!

Posted at 09:00h in News by Nicolle Lalescu

The direct reason to write this post is rather sad. In January 2016, Artur Fischer died at the age of 96.

Fischer is best known for inventing the plastic wallplug, first patented in 1958. This solved the problem of attaching anything to brittle stone walls with hard metal screws. The company he started, kept on producing them until this very day. It does so at the immense quantity of 14 million every day!

He did not solve great problems or invented stuff that changed the appearance of the world, rather he invented small and simple solutions for everyday problems. He did so at an immense rate. Over his lifetime, he was granted more than 1100 patents. Which is even more than the renowned inventer Thomas Alva Edison.

I was struck by one lesson, he already learned as a young boy. He wanted to fly and started off to build a chopper, together with his mother. It proved incapable of lifting young Artur of the ground. At which point his mother said: “Well, now we at least know how not to do it.”

I believe it would be great if more people shared their failures and mistakes. To know what does not work is extremely useful in getting the problem solved in the end.

Let scientists publish research that did not reach the objectives and have co-workers in companies share projects that failed, and why so.

Knowing how NOT to solve a problem is vital knowledge in itself. So go out, set high goals, allow yourself to make mistakes and learn from them!